A woman who sells food in a popular market in Ughelli, Delta State was said to have been allegedly set ablazed over allegations that she uses mortuary water to cook her food.

The said woman was caught in the act by another woman who knew her so well, when she was purchasing the water from an attendant through a back door. She then waited till she got to the market that day before exposing her.

However, angry mob jumped into action and set the woman on fire without verifying the news before the police men could arrive at the scene.

This act is purely inhumane

Say no to jungle justice and ensure you report any case to the nearest police station as soon as you can. 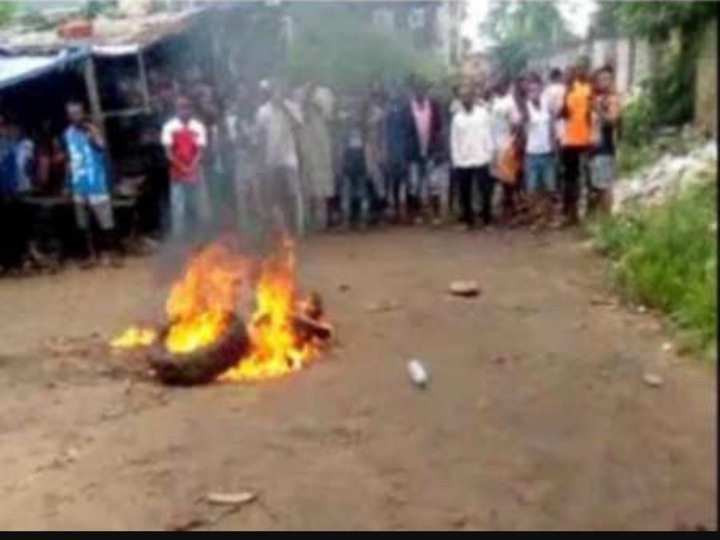