548
SHARES
2.5k
VIEWS
Share on FacebookShare on TwitterShare on WhatsappShare on Telegram

General Captain of the national football team, Asamoah Gyan, says he is still trying to figure out the role that comes with his new title.

According to him, although he accepted the title after the captain’s band was stripped off him, coach of the Black Stars, Kwesi Appiah, did not define the role; except to say “you are going to control everything here.”

In an interview on Accra-based Joy FM, Asamoah Gyan said he wondered in his mind “what am I gonna do there” since he was not the captain of the team.

“I asked the coach so if I am on the field what’s gonna happen? I didn’t like the answers so I had to just let it go. I asked him, what if I’m coming on, will the arm band be given to me to show respect? He said no, you are no more the captain.

“He was like, you gonna control everything here as the general captain, outside the field because of your experience, the captain can come to you and share ideas…”

“I don’t understand the word general captain but people spoke to me, explained things to me, I was going there as a normal player who’s going to die for his nation. I had to just psych myself,” he said.

He debunked speculations that there was a rivalry between him and the team’s captain, Andre Dede Ayew and that although they had a working relationship, they were not friends off the field. 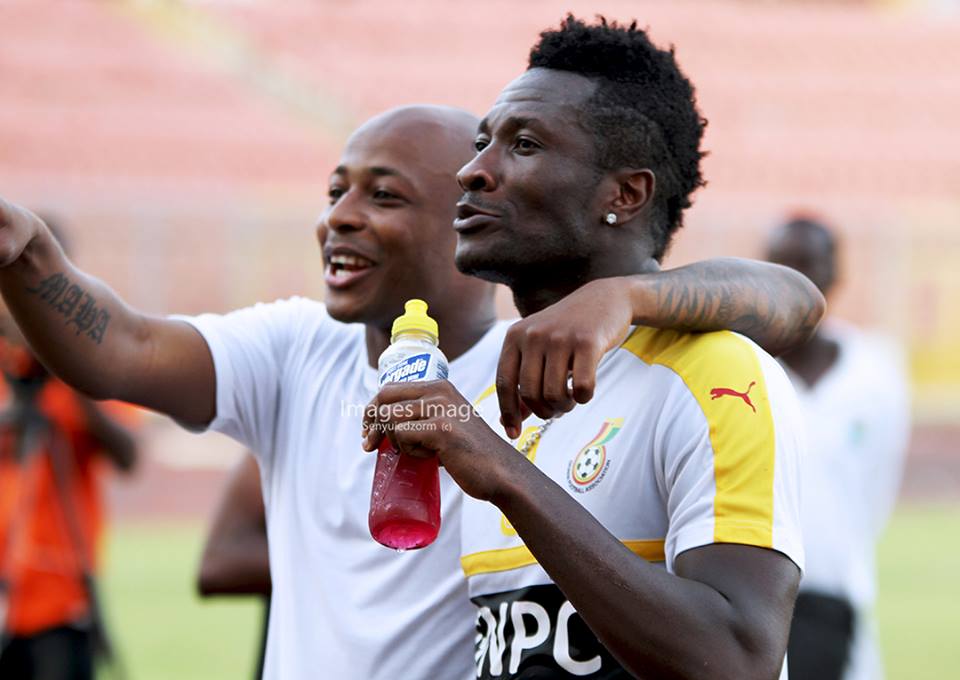 Describing Dede as a “good guy”, Asamoah Gyan said he had a conversation with him following Coach Kwesi Appiah’s decision to strip him of the title.

“He is a good guy and he was saying some reasonable things [but] if I were Dede I wouldn’t have accepted it because there were a lot of controversies.

“He had no choice…if I were him, the back and forth, I would say keep your thing,” he added.

The Ghanaian striker also noted that although the coach’s decision was painful, he still has a good relationship with him.

“He’s not a regular caller like the others. If he needs something that he feels that I can help, he’ll call me and if I need something I feel that he can help, I call him. I’m being frank but it doesn’t mean I don’t like him.

“We have a relationship but this is work and he feels I wasn’t ready to be a starter. I respect that. For me, I also feel I wasn’t in his plans…with my 17 years of professionalism in football, I see things,” he said.