Freda Rhymz has been officially signed on to Young Mission Entertainment.

The rapper, singer and songwriter who won the 2017 Edition of the MTN Hitmaker competition is the newest Ghanaian artiste signed on to the label which already has a French Female artiste based in France.

On this journey, the artiste will be managed by A.V.O which is a Ghanaian based artiste management company.

A simple ceremony which took place at the Airport had the record label took time to share more light on the new working relationship which has been borne with Freda also known as Saa Chick No.

The CEO of the company Nana Amoako Frimpong expressed his delight to be able to make an impact on the Ghanaian Music industry which the I Dey Go Hitmaker being the beginning of the journey. 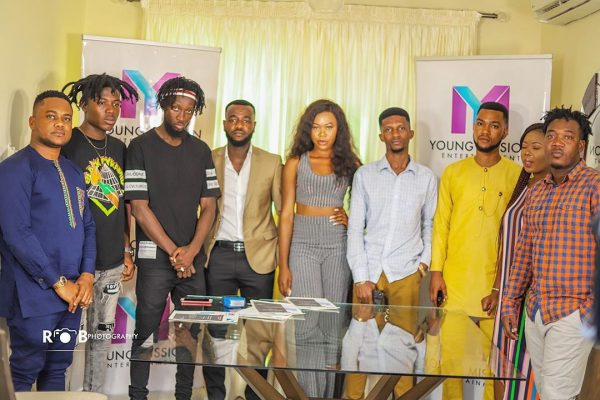 “A lot goes into signing an act and observing from the zeal, competence and character of Freda Rhymz, we are excited to be with her on this journey,” he said.

A.V.O which is headed by Allen Kofi Anti and he had the chance to share a word. In his speech, he spoke about the working experience of the team which involved the late Ebony Reigns, and Freda was in good hands. Moving on, the best of growth is what the team is ready to put into Freda’s career.

Detailed information about the deal was not disclosed but it was made known about the period being a 5 year deal with an apartment and a personal car as the main stuffs provided for her. We wish her all the best in this endeavor.