The studio’s chief exec Bob Iger said there will also be “reimaginations” of Night At the Museum, Diary of a Wimpy Kid and Cheaper By the Dozen.

The new service Disney+ launches in the US in November and is expected to hit the UK next year.

The Christmas classic starring Macaulay Culkin was originally released back in 1990 and has an audience rating of 80% on Rotten Tomatoes.

It’s also impossible to avoid if you have a TV on around Christmas time.

“So far this year we’ve released five of the top six movies,” Iger told a conference call with investors. 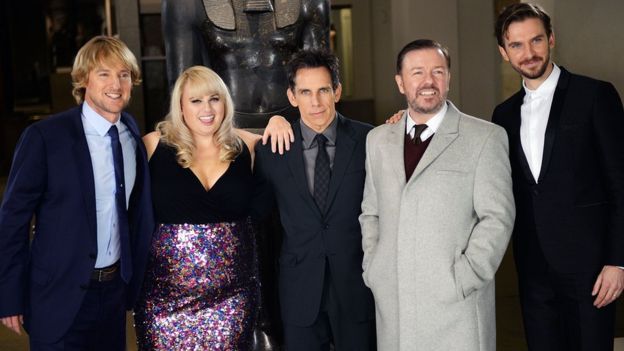 “Including four which have generated more than a billion dollars in global box office.”

In addition to Avatar, Planet of the Apes, X-Men and Deadpool, “we’re also focused on leveraging Fox’s vast library of great titles to further enrich the content mix on our … platforms,” he said.

Also in line for one of these “reimaginations” is Night at the Museum. You know, Ben Stiller running around a museum at night.

The 2006 original only has a modest audience rating of 42% on Rotten Tomatoes, so maybe there is room for improvement?

In addition to these remakes, Disney+ will also have content from both the Star Wars and Marvel franchises as it enters a crowded marketplace, trying to become the latest streaming giant.

There aren’t any details yet on how exactly the likes of Home Alone will be adapted, so no word yet on who will get to shout “Kevin!” on a plane, or indeed who will take on the iconic roles of the Wet Bandits.

Disney merely says it hopes the remake will have the “same standards and the same creative discipline” as the original.

win
118
win
Ernest Connect is an ethical Broadcast Journalist, Blogger, Brand Publicist, Social Media Expert and an Internet Marketer. Ernest Connect is a serial investor, and public speaker who loves all virtues and hate all vices. I’m so excited you have taken a few minutes out of your day to drop by. Please don’t forget to say hi (ernestconnect@gmail.com) .NOTE: I love the online hustle!