by Ernest Connect 2 years ago2 years ago
0
1.2k shares

Some senior government and party officials have indicated that the President will seek re-election for another term in office to continue with the implementation of his vision to develop Ghana to an appreciable level. 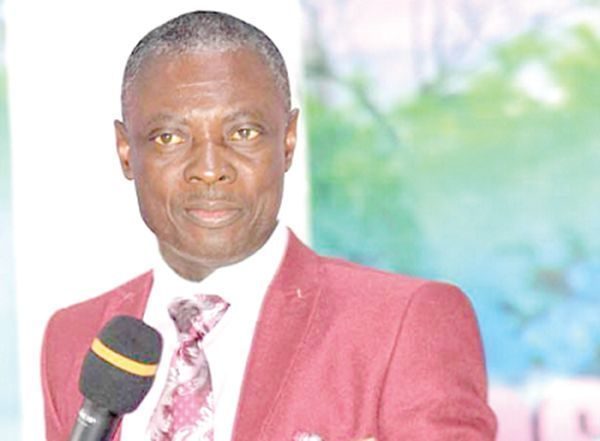 But speaking to Akwasi Nsiah host of ‘Ghana Kasa’ a news and current affairs analysis show on Kasapa FM, Osofo Kyiri Abosom stated emphatically that President Akufo Addo will do himself a lot of good if he leaves office at the end of the year 2020.

He said he has a revelation that President Akufo Addo will be terribly defeated if he goes ahead and contests the election which promises to be keenly contested between the ruling New Patriotic Party (NPP) and the largest opposition National Democratic Congress(NDC).

“President Nana Akufo Addo will not contest 2020 election, he’s going to hand over to the youth of this country to govern. He should announce to Ghanaians that he’s tired and wants to take a rest, if he goes ahead to contest the election he will lose terribly. If he takes a bow out of power his name will be recorded in the Guinness Book of Record as one of the very few African Leaders to have exited power voluntarily just after one term in office. If President Akufo Addo listens to me and exit office it will be to his own good. I’ll go to him personally to inform him not to contest the upcoming election that this is what God has revealed to me about him. If he obeys, it will be good for him.”

win
98
win
Ernest Connect is an ethical Broadcast Journalist, Blogger, Brand Publicist, Social Media Expert and an Internet Marketer. Ernest Connect is a serial investor, and public speaker who loves all virtues and hate all vices. I’m so excited you have taken a few minutes out of your day to drop by. Please don’t forget to say hi (ernestconnect@gmail.com) .NOTE: I love the online hustle!